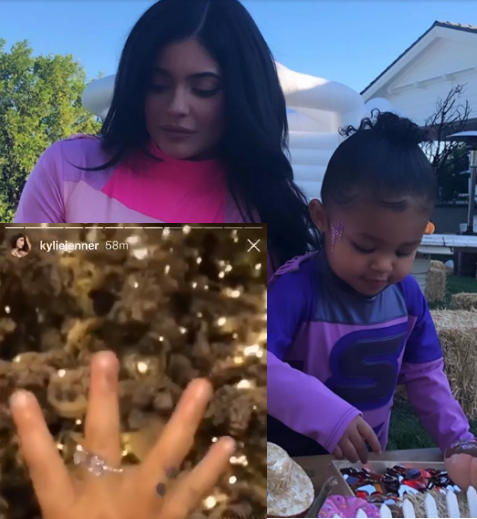 Kylie Jenner has been criticized after she gifted her 1-year-old daughter Stormi Webster a diamond ring for Christmas. Kylie posted a short video of her daughter wearing the ring on her Instagram stories, but it has since been deleted after web users started calling her out for it. 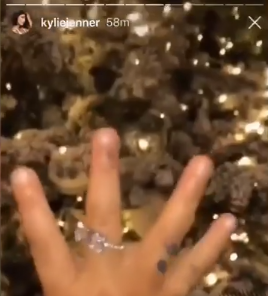 One person on Twitter said it was ridiculous, adding "I know people work for their money, but that money could have gone to putting food in someone's body, paying for medical bills, or planting trees."Another user tweeted, "Kylie is so slow. She really got a one-year-old a diamond ring. The Kardashian/Jenner clan really go out their way to buy stupid expensive gifts."Kylie also shared a video on her Instagram story to reveal that she also got Stormi a pony for Christmas. "ok but Stormi had the best Christmas of all time," Kylie captioned it. She has now taken the second video down too. Watch a video of Stormi flaunting her diamond ring below. 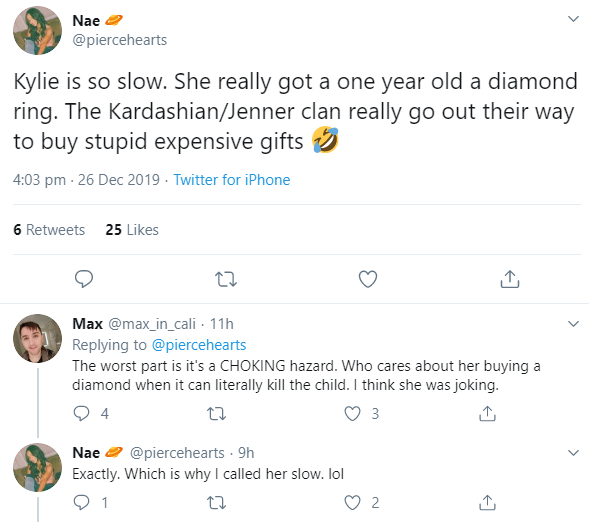