“i went to 4 different universities before i could become a graduate” -Social media comedian, Mr Macaroni shares his story 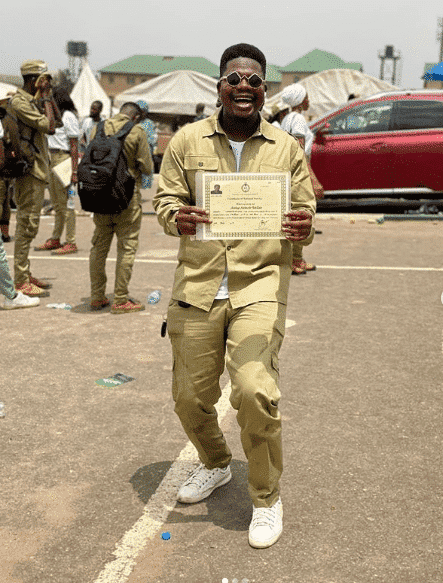 Social media comedian, Debo Adebayo is popularly known as Mr Macaroni has opened up on what he went through before he could become a university graduate. The “OOIN” initiator who is passing out of NYSC today 5th of March shared the story of his challenges before he could become a graduate. In his post on Instagram, the actor explained that becoming a university graduate was very challenging for him.
In his statement.” I finished secondary school in 2009. I went to 4 different Universities between then and 2019. Most people thought I was possessed. I didn’t care how long it was going to take, but I told myself I was definitely going to get a University degree. Long last, I got it.
Today I have also added my NYSC certificate.
This time last year, no one knew me. Today, by God’s grace, I stood over 2 hours taking pictures with my amazing colleagues who for one reason or the other have come to admire me or my craft.
Like I keep saying, we will all get to those heights we wish to and even beyond. Just keep pushing! Just do something. Don’t give up because you just might be so close to your breakthrough.
This moment is one to cherish for a lifetime. God for us all!
Recall that Mr Macaroni recently told Punch Newspaper that his whole life has been a movie. “Before I graduated from Redeemers University, I had been to three universities. I am a non-conformist. I don’t conform to rules and regulations that don’t make sense. Most of the things I could see as regrets were the issues I had when in school, but on another hand, I still don’t see them as regrets I just see them as a learning process”. He revealed 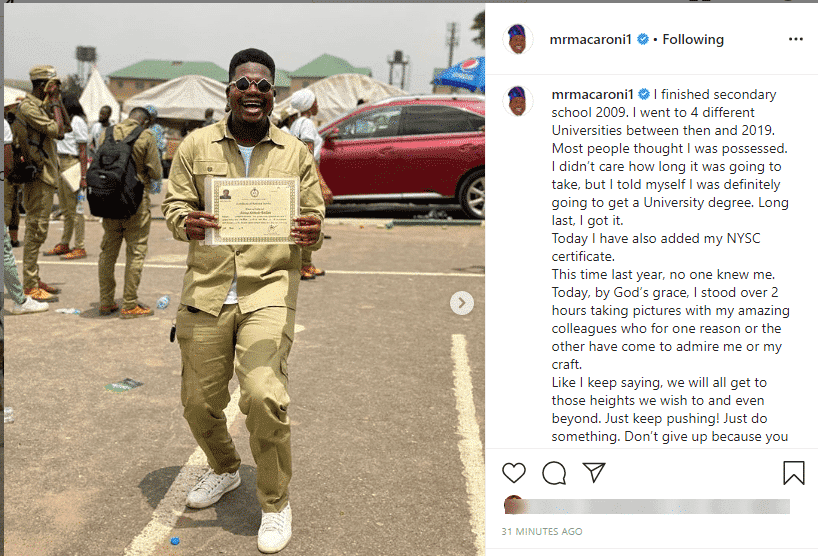