ONE of Ireland's largest supermarkets were forced to temporarily close multiple stores today after thousands of shoppers began stockpiling products due to the Covid-19 shutdown. Tesco Extra in Clarehall, Dublin 17, closed to restock its shelves after crowds of punters cleared the aisles of supplies within hours of Ireland going on lockdown. 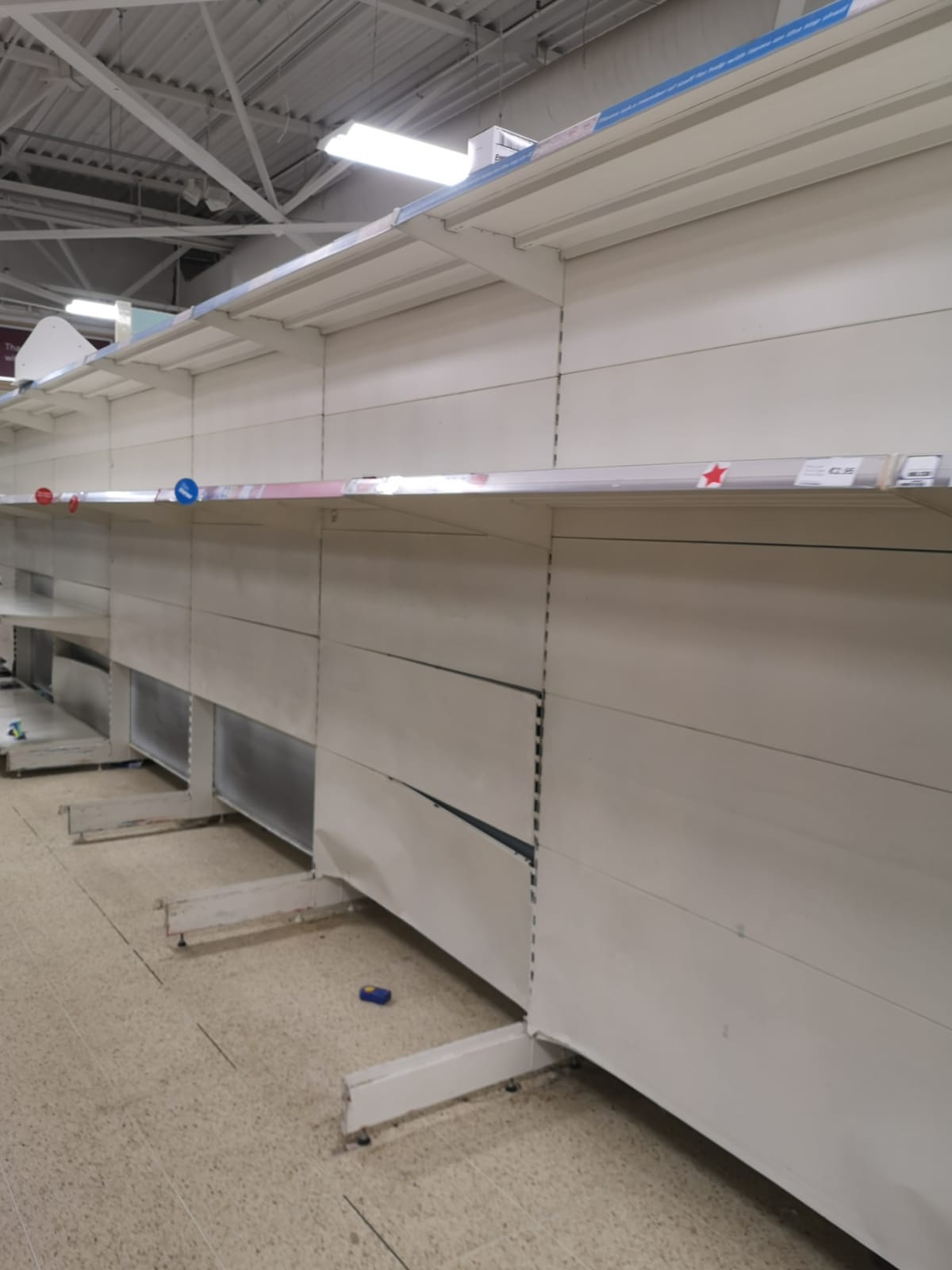 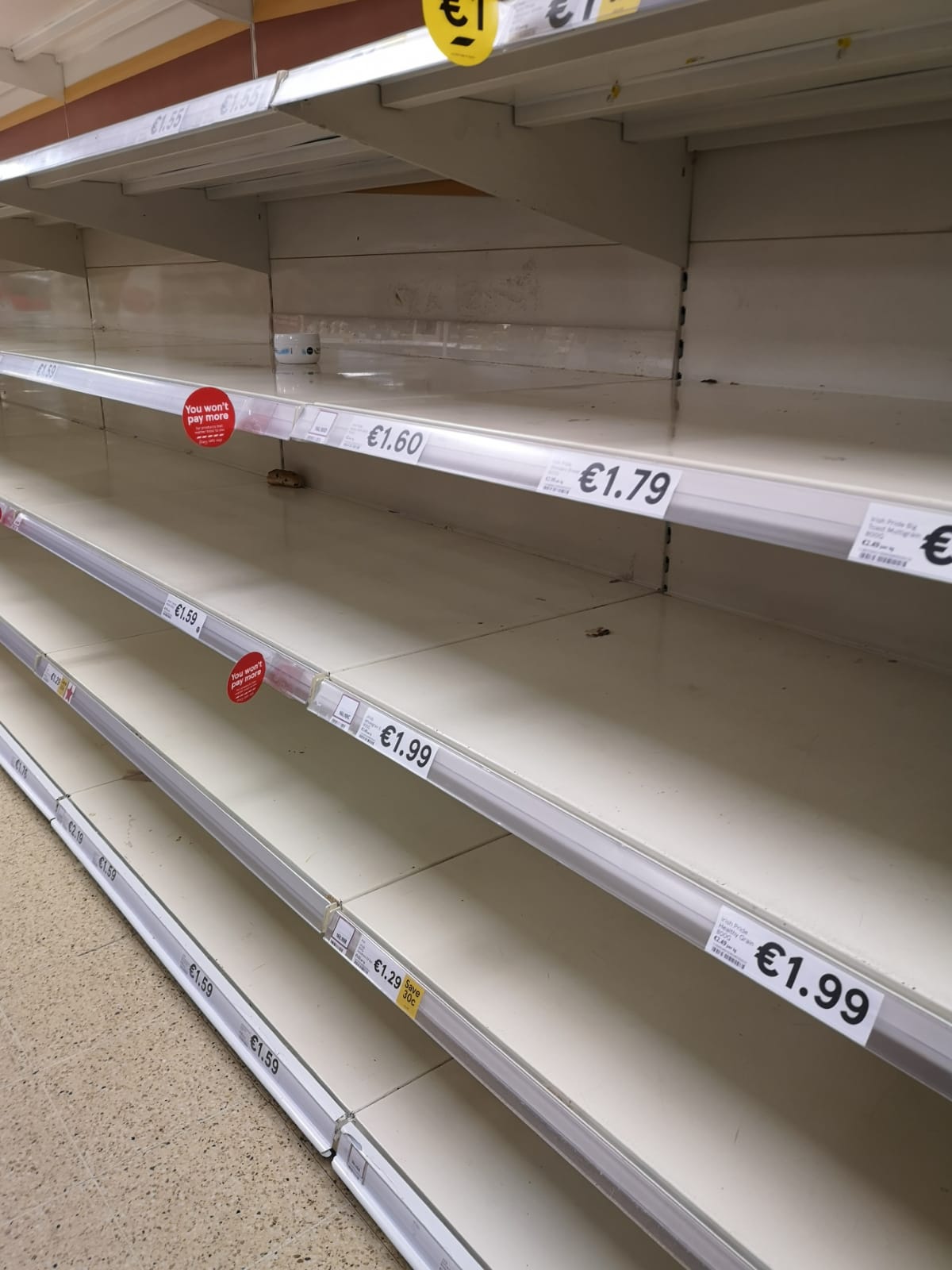 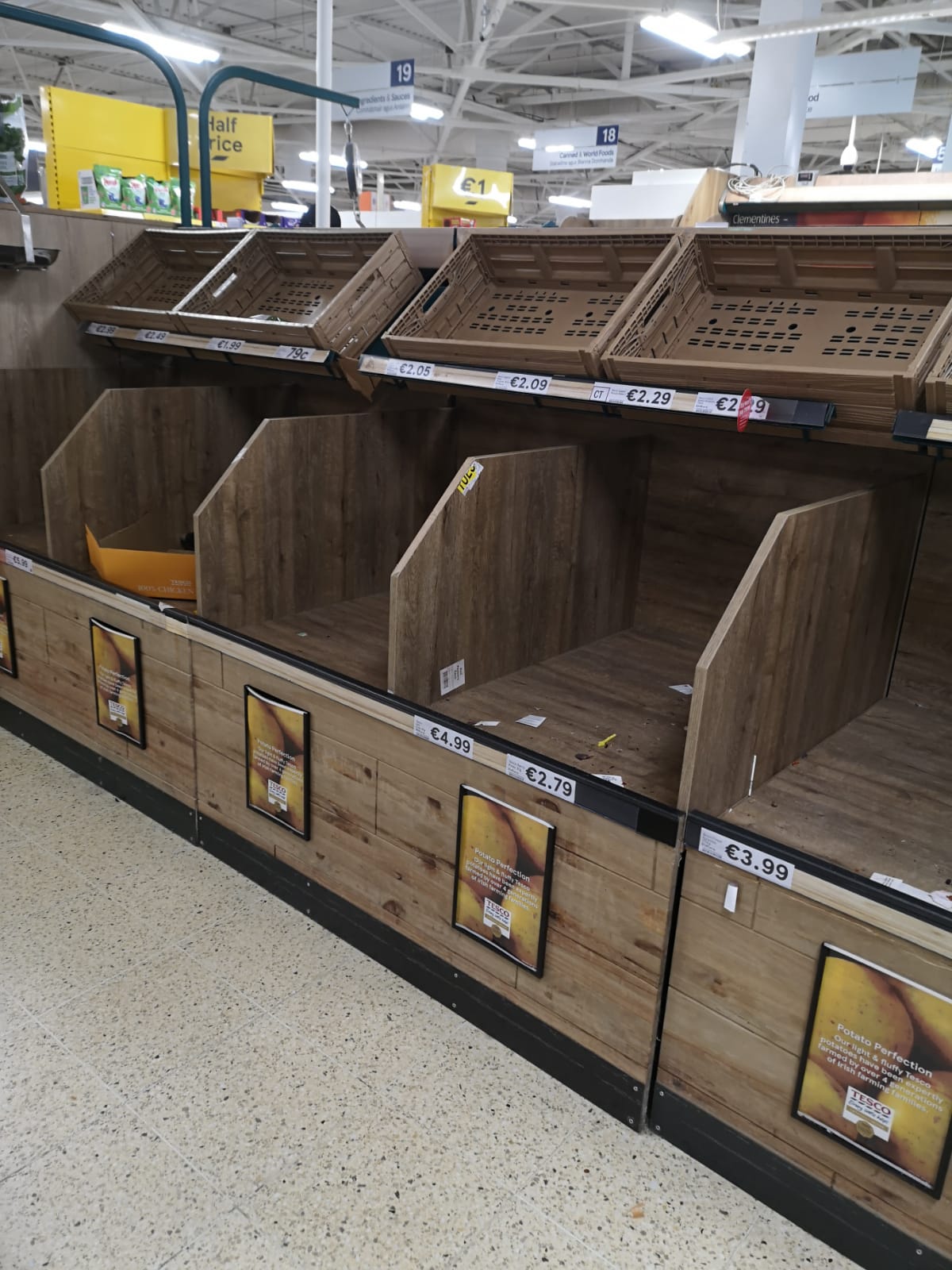 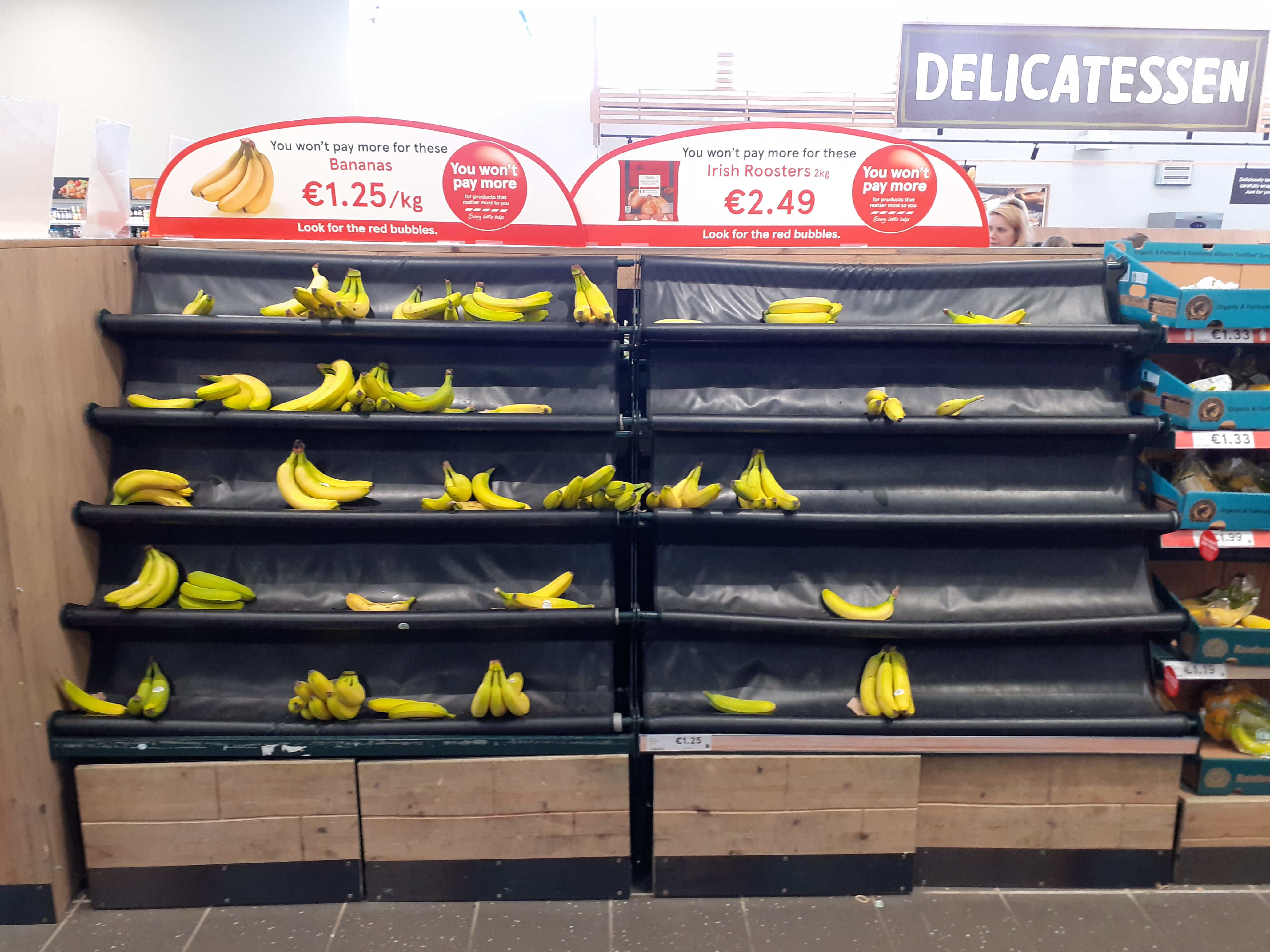 One shopper told us: "It's chaos, I've never seen so many people at a supermarket in my life."I drove to Clarehall and there was crazy traffic. I couldn't even park as I was told they were closed for restocking."One punter wrote on social media: "Armageddon has reached Tesco."Tesco ClareHall so busy that they’ve now stopped people coming in for health and safety reasons."Tesco Clarehall has temporarily shut its doors due to a large number of people shopping in the last few hours."They later added: "People now being let into Tesco Clarehall in a controlled manner in a bid to stop the mass gathering of shoppers."In Maynooth's Tesco Extra, shoppers queued for hours with packed trolleys as a line the length of the entire supermarket formed.
CALLS FOR LEVEL-HEADED APPROACH
Earlier today, Taoiseach Leo Varadkar urged bulk buyers to take a “sensible and level-headed responsible approach".Varadkar earlier today announced a general shutdown of schools, colleges and childcare facilities from 6pm today amid the outbreak of Covid-19. During the briefing, he also addressed the pressure stores have been under in the last week: “The shops will remain open and we have plans to ensure that supply chains will not be interrupted.“We need the public and businesses to take a sensible and level-headed responsible approach.”Tanaiste Simon Coveney said: “The food industry and the retail industry has given reassurance that they have supply chains that are robust and will continue to supply shops shelves.“Consumers should realize that their actions could contribute to the problem here.”Minister for Business Heather Humphreys added: "If people are stockpiling products that they're not going to use that is going to cause a problem and we know that."I met one of the major distributors and they said very clearly to me that there is sufficient supply in the system."I am in constant contact with all the retailers."
Posted by AA
Email ThisBlogThis!Share to TwitterShare to FacebookShare to Pinterest
Labels: newsy
Newer Post Older Post Home