Woman narrates how she went from being a single mother of two to a side chic, then a wife 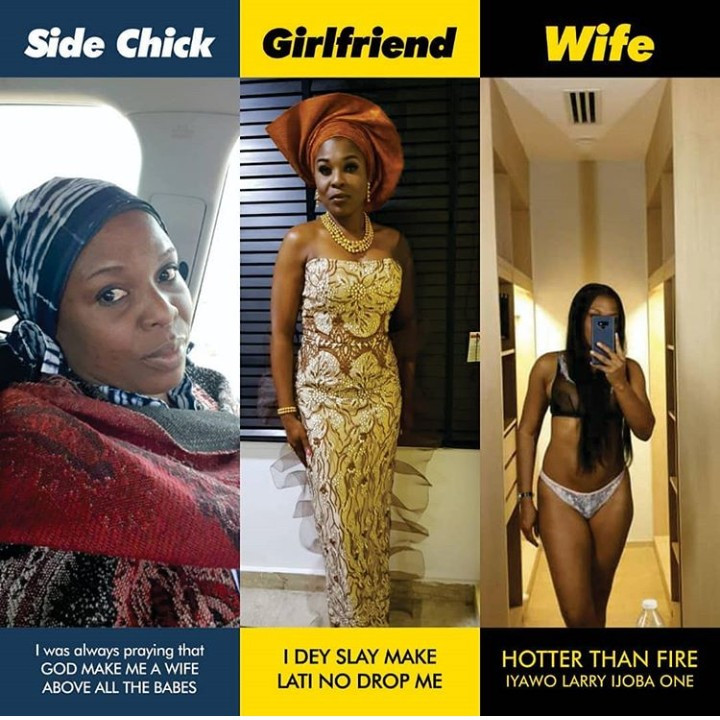 A woman has narrated how she went from being a single mother with two kids to becoming a side chic and then a wife. She told of how she was praying to God to send her a man when she was a single mother. Eventually, her husband met her and insisted that she was the one for him. She went on to become his side chic even though he had a "wife as a co-tenant". From there, she became his girlfriend and is now the man's wife. She shared her story while taking part in the wife VS side chic challenge. She shared a photo collage showing her as a single mother, then as a side chic praying that the man, named Larry, will make her his wife "above all the other babes" around him. Another shows her as a girlfriend when said she began "slaying" more than ever so that her man will not drop her. Now that she's his wife, she said she is slaying "hotter than fire." 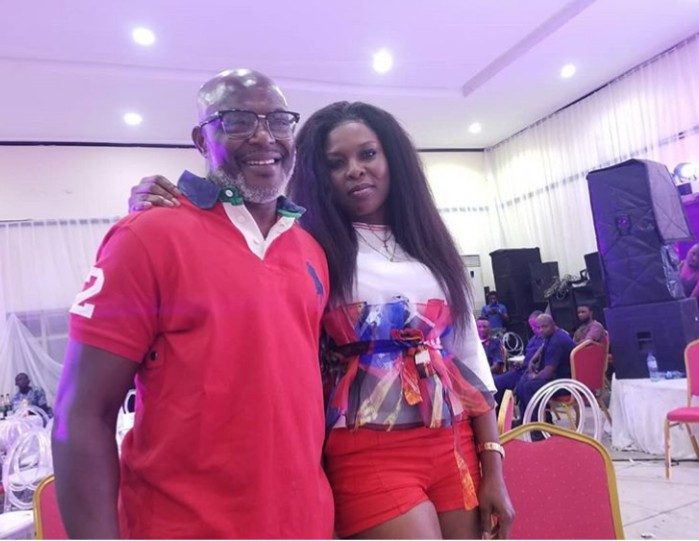 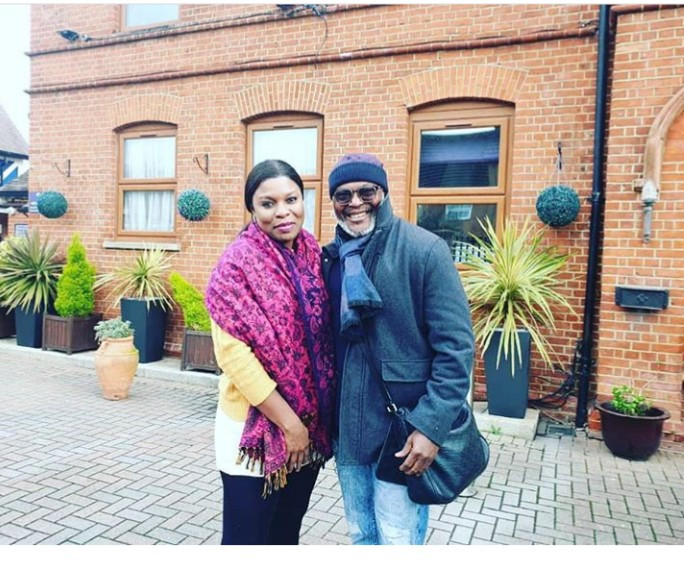 She revealed that she got the support of her husband and her family before she shared her story. 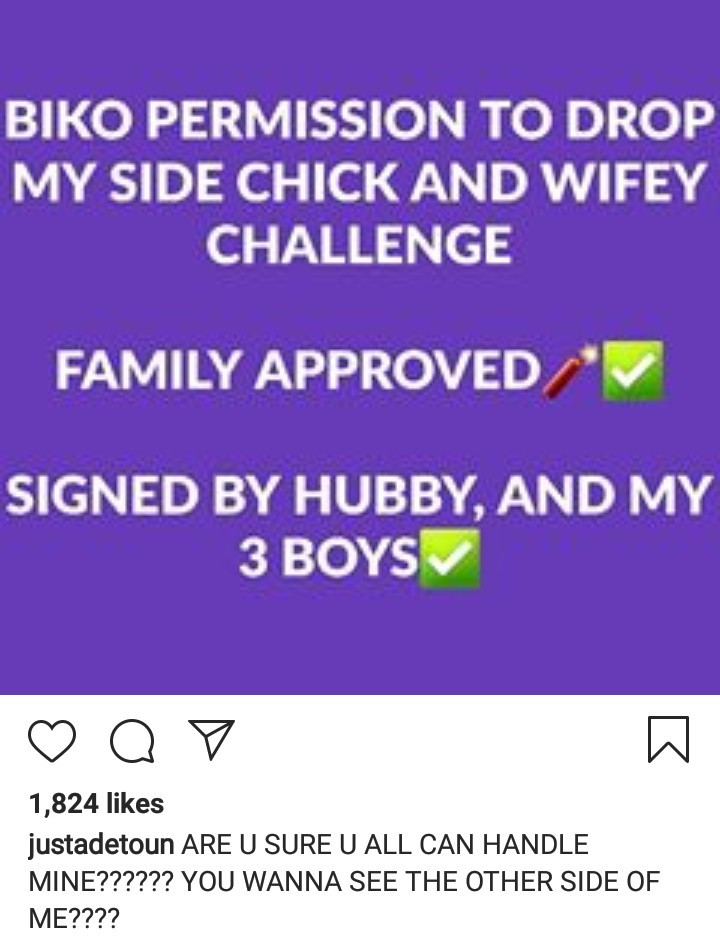 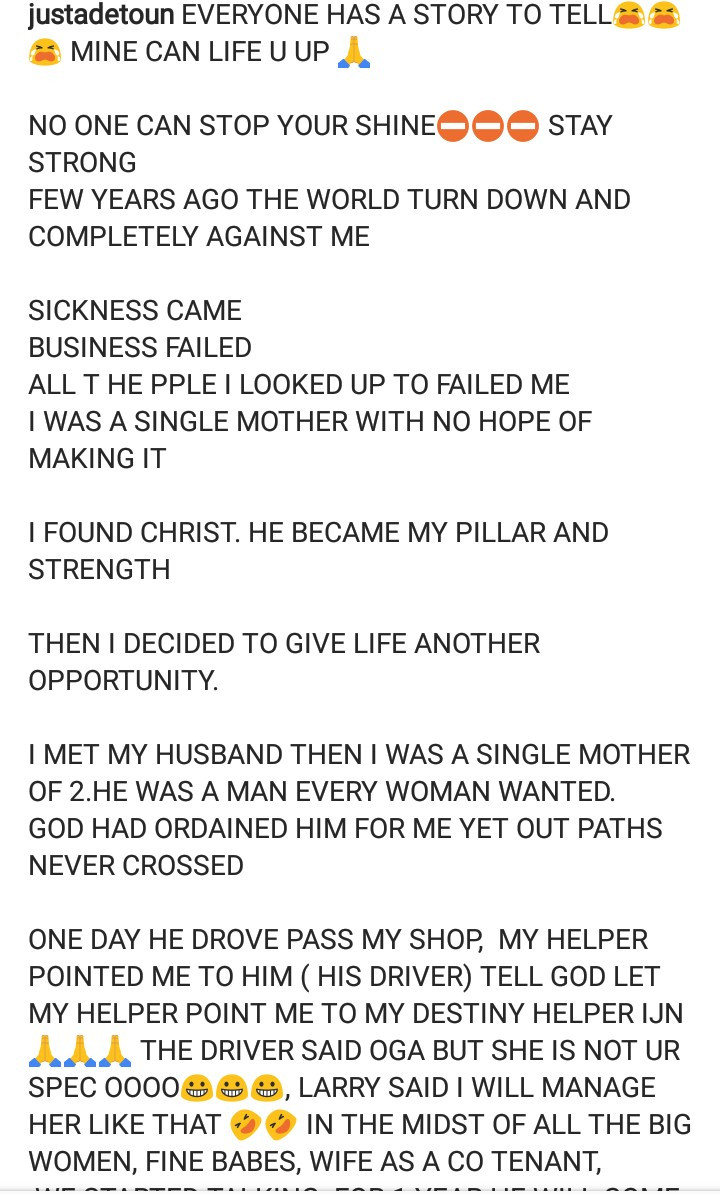 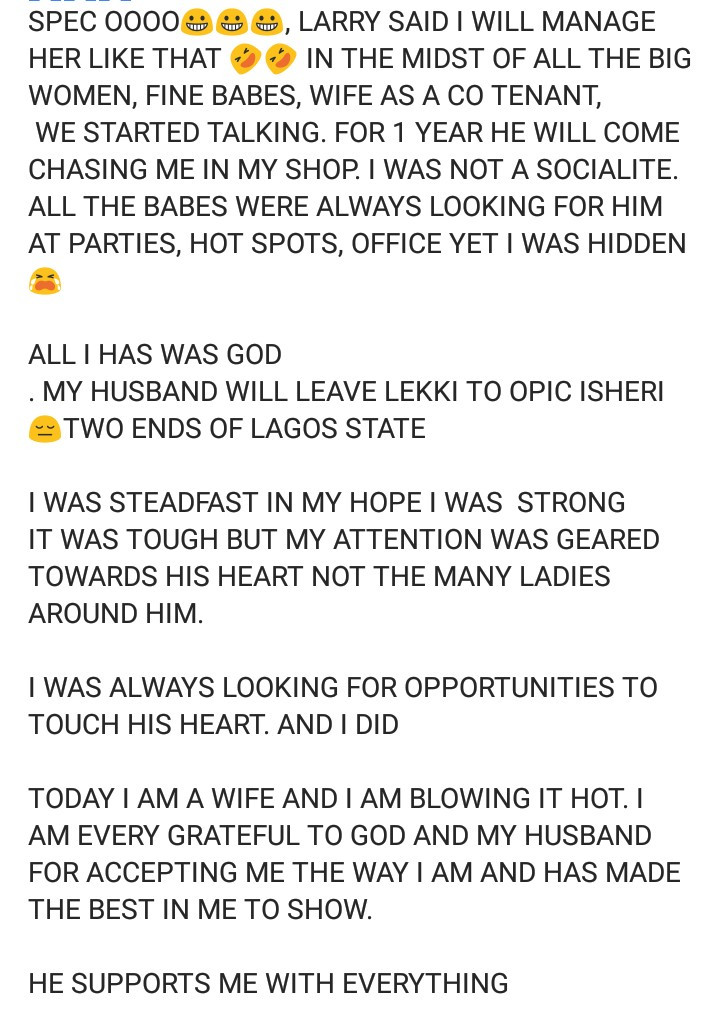 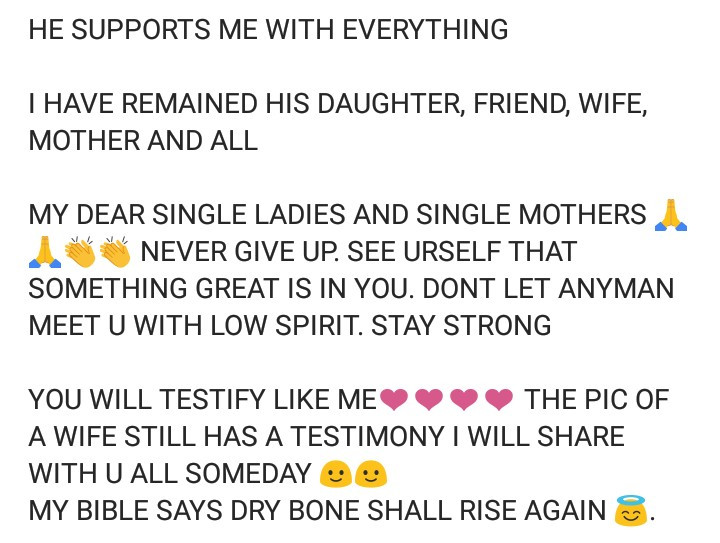