Kidnappers of Akewugbagold’s twins have been arrested | Details 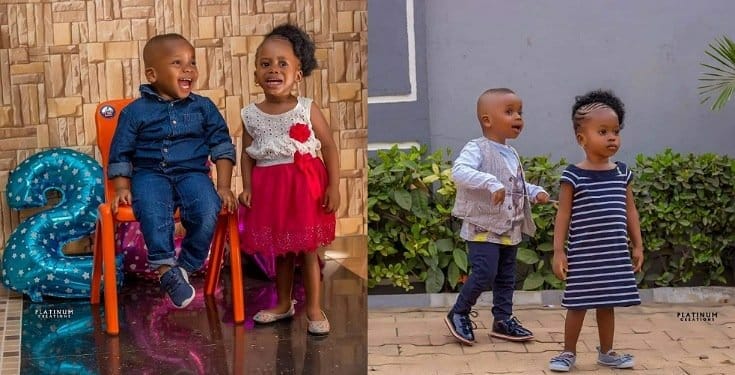 Following the kidnap and release of Akewugbagold’s twins, Seven suspected kidnappers identified as RILDWAN TAIWO, RAFIU MUTIU, OLUMIDE AJALA, FATAI AKANJI, RAFIU MODINAT, BASHIRU MOHAMMED and OPEYEMI OYELEYE have been arrested by the Oyo State Police Command on Monday. According to the Commissioner of Police, Mr Shina Olukolu, the suspected kidnappers were arrested in connection with the kidnap. Exhibits recovered from the suspects included, one locally made cut to size single barrel gun, eight live cartridges, one Nissan MICRA Car with REG NO. JJJ 703 BJ.
“Sequel to the last Press briefing held on 13th May 2020 during which the command showcased the arrests of some suspected notorious kidnappers, armed robbers/criminal receivers, impersonators, murderers/cultists etc terrorizing the state, the consistent and concerted efforts put in place by the command’s Special Anti-robbery Squad, (SARS), Anti-kidnapping Squad (AKS) and other Police Tactical teams and the unflinching supports of the good people of Oyo State through credible information supplied to the Police have continued to yield good results and breakthrough.”“Consequently, I wish to inform you that in the sensational case of the kidnapping of the 2-year-old twins of Alhaji Taofeek Azeez “Akewugbagold” on the 25th April 2020, all the suspects have been arrested with substantial parts of the ransom collected, the gun used for the operation, the two operational vehicles, and one motorcycle were also recovered from them.”“I, therefore, wish to solicit from the members of the public their continued supports by constantly assisting us with credible, timely and useful information that will enable us to combat crimes and criminalities in Oyo State. The Command can always be reached through these emergency control room numbers:- 615 (Toll-free) (OYO STATE SECURITY TRUST FUND), and Oyo State Police Command emergency lines – 07055495413 and 08081768614.
“You will recall that on the 25th April 2020 at about 2000hrs, a report was received at Ojoo Divisional Police Headquarters, Ojoo Ibadan that some notorious members of an armed robbery/ kidnapping syndicate who have been terrorizing members of the public within Ibadan metropolis and other parts of Oyo State had invaded the residence of one ALHAJI TAOFEEK AZEEZ “AKEWUGBAGOLD” at ALPHONSO road, behind PHCN office, SASA Area, Ojoo, Ibadan with guns, cutlasses and some other dangerous weapons. 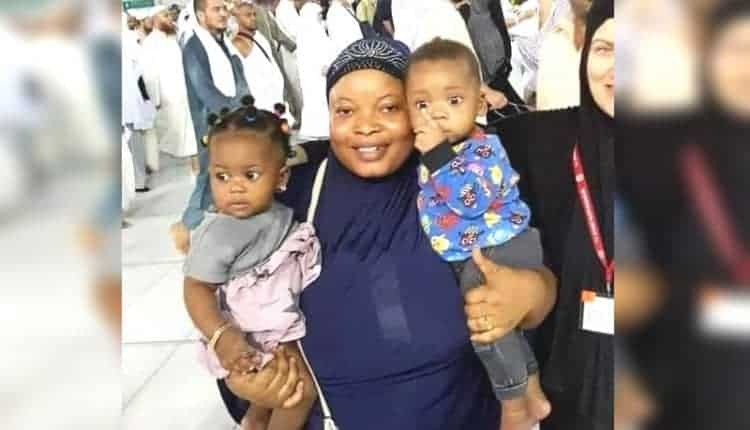 “The notorious criminals attacked his wife and subsequently abducted his 2-year-old twins to an unknown destination. The criminal assailants later demanded for a ransom of Fifty Million Naira (N50, 000, 000. 00) before the two abducted babies would be released.
“As soon as the incident was reported at Ojoo Police Station and later transferred to AKS Eleyele/SARS office Dugbe, Ibadan, a team of AKS/SARS operatives swung into action while concerted efforts were intensified to rescue the abducted babies and arrest the perpetrators of the heinous crime. “The abducted babies were released unhurt eight ‘8’ days later after their father had parted with an alleged sum of Four Million Naira only (N4m) as a ransom to the hoodlums. “Consequent upon this, the investigating team embarked on a painstaking detailed discreet investigation that traversed several states including Adamawa and Sokoto and in the process, the following members of the notorious armed robbery/kidnapping syndicate who later identified themselves as RILDWAN TAIWO ‘M’, RAFIU MUTIU ‘M’, OLUMIDE AJALA ‘M’, FATAI AKANJI ‘M’, BASHIRU MOHAMMED ‘M’, OPEYEMI OYELEYE ‘M’ and one RAFIU MODINAT ‘F’, a female member of the gang who was detailed to take care of the babies while in captivity were all arrested in their respective hideouts in connection with the crime.
“The following exhibits; one locally made cut to size single barrel gun, eight live cartridges, one Nissan MICRA Car with REG NO. JJJ 703 BJ which was used for the criminal activity and another Nissan MICRA Car with REG NO NRK 864 YR, partly paid for from part of the ransom, the sum of Two million, eight hundred and sixty-three thousand Naira only, (#2,863,000.00) being part of the ransom, an unregistered TVS Motorcycle which was equally used to monitor, execute the operation and buy food for the abducted babies were all recovered from the hoodlums. “Upon interrogations, the suspects confessed to the crime and explained in details their individual roles in the criminal activity. The investigation is now in progress.”
Posted by AA
Email ThisBlogThis!Share to TwitterShare to FacebookShare to Pinterest
Labels: newsy, socialmedia
Newer Post Older Post Home