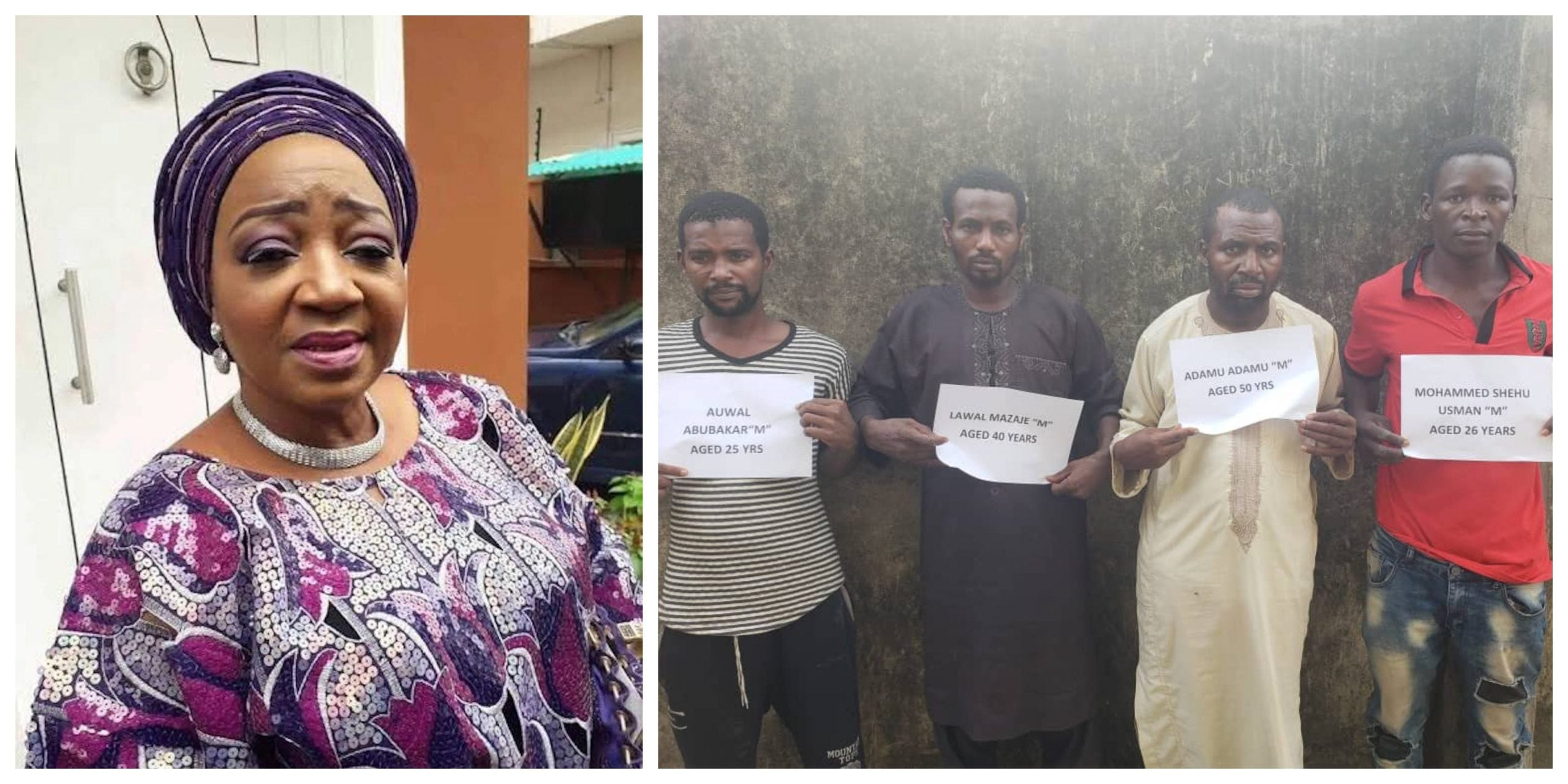 The Nigerian Correctional Services has reportedly refused to re-admit the three suspects arrested earlier over the murder of Mrs Olufunke Olakunrin, daughter of Afenifere leader, Pa Reuben Fasoranti. Recall that three suspects identified as Lawal Mazaje from the Felele area of Kogi State, Adamu Adamu from Jada area of Adamawa State, Mohammed Usman from Ilala area of Sokoto State, and Auwal Abubakar from Shinkafi area of Zamfara State, were arrested in April over the murder incident.They were remanded at the Owo Correctional Centre pending their trial but had to be tested for COVID-19. One of the suspects tested positive for Coronavirus and was treated at the Infectious Disease Hospital in Akure where he was stopped from escaping by security operatives. The suspects who are now ready to be returned to the correctional facility, have reportedly been rejected by officials of the correctional centre in Owo over COVID-19 fears. Governor Rotimi Akeredolu confirmed the development during his weekly COVID-19 briefing on Monday, May 11. He appealed to the Nigeria Correctional Services authorities to immediately receive the suspects into custody as directed by the law court.
He said;
“Perhaps it is also important at this juncture to bring an update on the case of the four individuals who are suspects in the murder case of Mrs Funke Olakunri, the daughter of elder statesman, Pa Reuben Fasoranti. “Upon the insistence by the Nigerian Correctional Services, the four suspects were presented for testing.“Out of the four suspects, one immediately tested positive while three were held in quarantine pending the result of their tests. Eventually, the three tested negative to the two approved tests.“The implication is that they were fit to be re-admitted into the correctional facility in furtherance of their trial.“I have been briefed by the Hon Attorney General of the difficulty in having the authorities of the Nigerian Correctional Services take them into custody despite a court order to that effect.“The implications of leaving murder suspects who are not under medical treatment at large can be better imagined.“I hereby call on the authorities of the Nigeria Correctional Services to immediately receive the suspects into custody as directed by the law court.”
Posted by AA
Email ThisBlogThis!Share to TwitterShare to FacebookShare to Pinterest
Labels: lethal
Newer Post Older Post Home