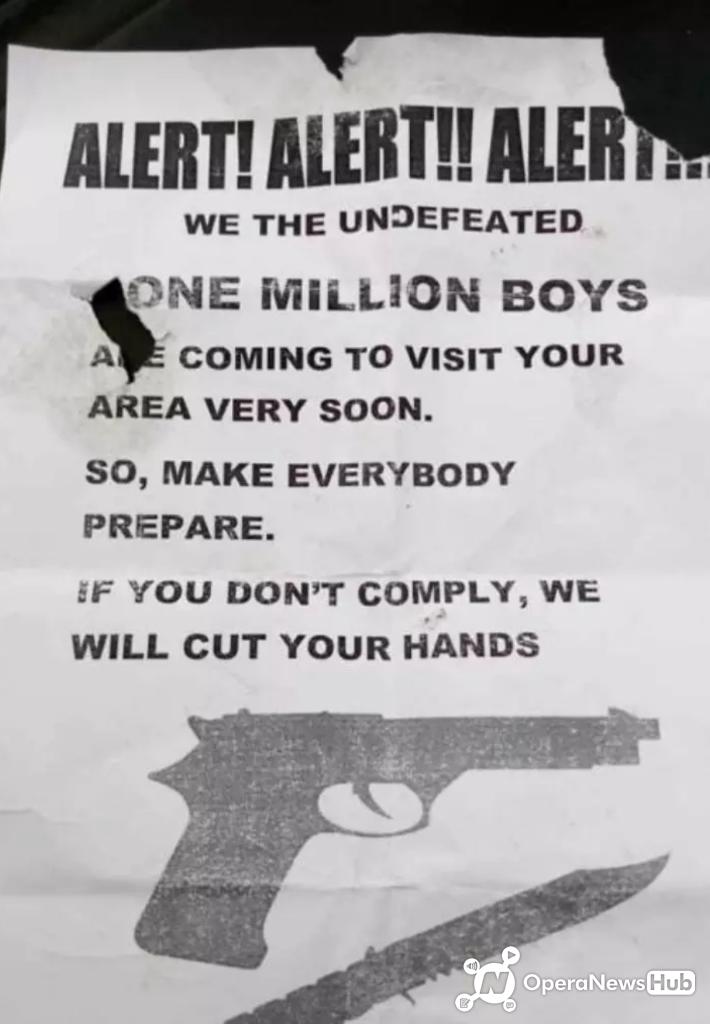 One Million Boys, a group of Notorious bandits have now started invading homes in different Lagos communities following the extension of the Lagos lockdown. The group initially was formed in Ajegunle area of Lagos State and has since moved its operation to other neighbouring states.
In the early hours of today (15/04/2020) the popular Media Journalist, Kemi Olunloyo posted on her timeline that there is a piece of information stating that the One Million Boys are going to visit some locations in Lagos which are:
1. Isolo
2. Iyana Ejigbo
3. Ikotun
4. Igando 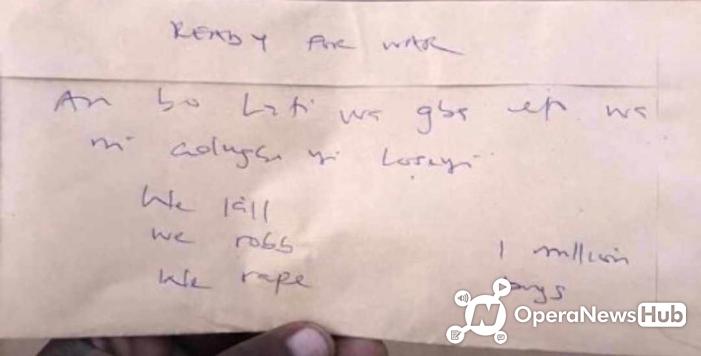 This actually is the highest form of terrorism because as soon as residents in these vicinities got glimpse of these notices in their communities, they panic. Some might even be left with no other option than to just get away from their various house and find refuge in another location that seems to be peaceful and safe.
Posted by AA
Email ThisBlogThis!Share to TwitterShare to FacebookShare to Pinterest
Labels: Artifice, newsy
Newer Post Older Post Home