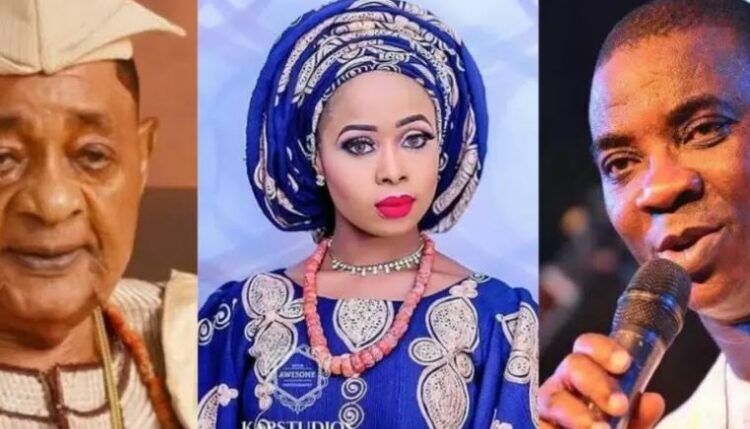 Olori Badirat Ajoke, the youngest wife of the Alaafin of Oyo who has been making the rounds all morning after reports of her having an affair with Fuji musician King Wasiu Ayinde Marshal, KWAM 1went viral.
The young queen has now sworn by the name of the oracles in Yoruba land as she on the oracles in the monarch’s palace to punish her if the reports are true report had surfaced that she was sent packing from the palace after an affair with KWAM 1 was discovered by the monarch Oba Lamidi Adeyemi. The news came just months after the Yoruba Monarch installed KWAM 1 as the Mayegun of Yorubaland. When reached on the veracity of the report, Olori Badirat Ajoke said, “The news is actually FAKE and all the blogs that carried it will be sanctioned”.In the video below, she could be heard calling on the oracles in the Alaafin of Oyo’s palace to punish her if the allegations against her are true.
Posted by AA
Email ThisBlogThis!Share to TwitterShare to FacebookShare to Pinterest
Labels: scandals, socialmedia
Newer Post Older Post Home