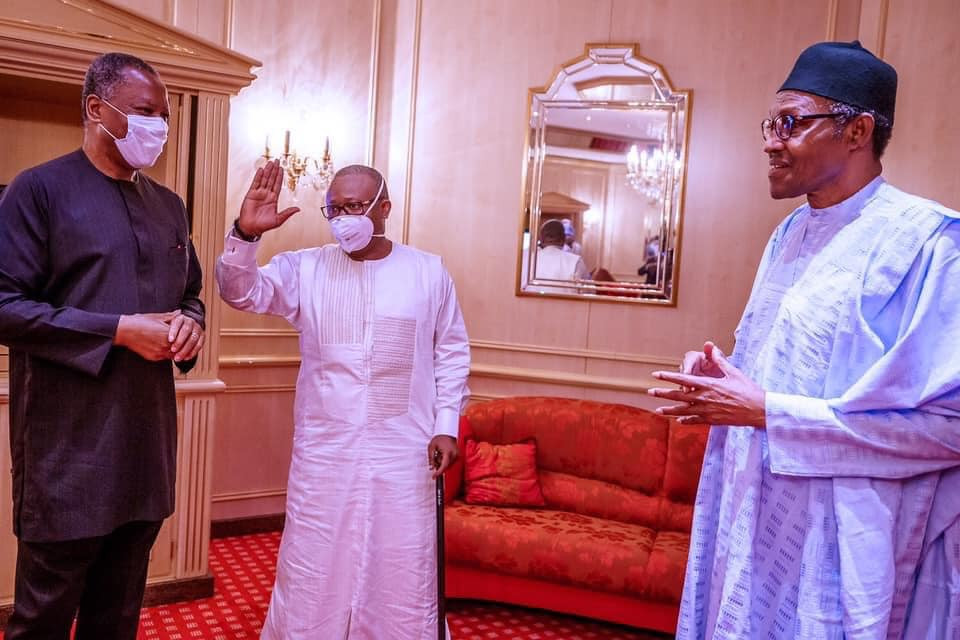 President Muhammadu Buhari has taken delivery of the Madagascar native formulation against the Coronavirus. At an audience meeting with President Umaro Sissoco Embalo of Guinea Bissau who brought along with him the samples of the traditional medicine shared to African nations by Madagascar, President Buhari said his position on herbal or traditional medicinal postulates had remained the same.
“We have our institutions, systems and processes in the country. Any such formulations should be sent to them for verification. I will not put it to use without the endorsement of our institutions,” the President said. On the main reason for his visit, President Embalo said having stabilized his country after the tussles that attended the general elections won by him, he had come to seek counsel from his President Buhari on his plan for a “government of national unity” and a proposed war against corruption in his country. He also said that his new government met a country beset with a number of issues and problems, the resolution of which would require tremendous assistance from the “big brother,” Nigeria.
“Problems of Guinea Bissau are problems of Nigeria. I have come to you as your son. I need your help and assistance to make the people happy. I will not let you down, neither will I put you in any difficult situation,” the visiting leader told President Buhari. In response to these demands, the Nigerian leader commended “General“ Embalo on his confirmation as President and for stabilizing the country.
“I commend your political dexterity in getting the opposition to join the proposed unity government,” he said. President Buhari restated the determination of Nigeria to keep West Africa politically stable and promised to support the new government in Guinea Bissau. “I will cooperate and help in every way possible,” assured the Nigerian President. President Buhari also used the opportunity of the visit to praise the good work that the President of Niger Republic, Mahamadou Issoufou, who is the current Chairman of the Economic Community of West African States (ECOWAS), is doing in the sub-region. Buhari also commended Issoufou for keeping him informed of all that is happening around.
Posted by AA
Email ThisBlogThis!Share to TwitterShare to FacebookShare to Pinterest
Labels: newsy
Newer Post Older Post Home