How Chioma allegedly beat up, wounded Davido on leg, for impregnating another girl 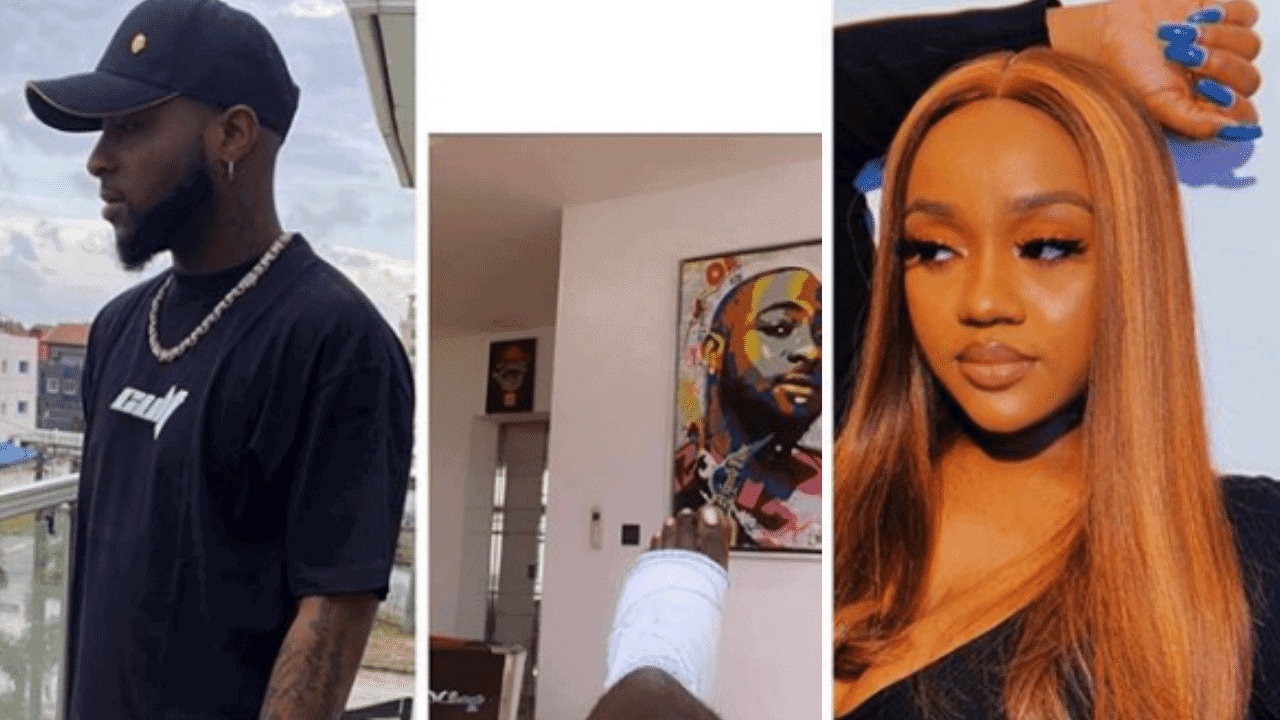 Days ago, it was reported that popular Nigerian Musician, David Adeleke, also known as Davido now uses crutches after he was spotted with bandages wrapped around his legs. This came after it was alleged that he got a London makeup artist, Larissa pregnant.The news of her pregnancy went viral after she welcomed a son for him. According to reports, Davido’s broken leg is a result of Chioma’s ‘assault’ on him after he welcomed another child with another woman (Larissa).it was alleged that they had a heated argument over the issue and Chioma shoved him.
It wrote;
“Trouble in Paradise as Chioma my lover wages war against David for impregnating another lady. Some days ago, Superstar Davido uploads a picture of a bandaged leg which left his fans in awe as to what went wrong with the ever vibrant SHEPE lord, well information from the Amebo headquarters states that Chioma and Davido got into a heated argument and Chioma pushed him(the reason for the bandaged leg) it’s a tear of ligament due to the fact that he fell. Remember I broke the news months back about the girl he impregnated and Kemi Olunloyo came for me saying Gistloverblog is lying, David didn’t impregnate anybody, now it’s the same Kemi and some bloggers who hopped on the news after the woman gave birth,Tueh. He checked in Reddington hospital yesterday and the day before, my source reveals that injury is a bit serious and he came in the company of his friends and bodyguard, we wish Uncle David quick recovery and Chioma should take heart too, at least he got some people before you came Into the picture, No-kill my brother o Chioma, take time.”