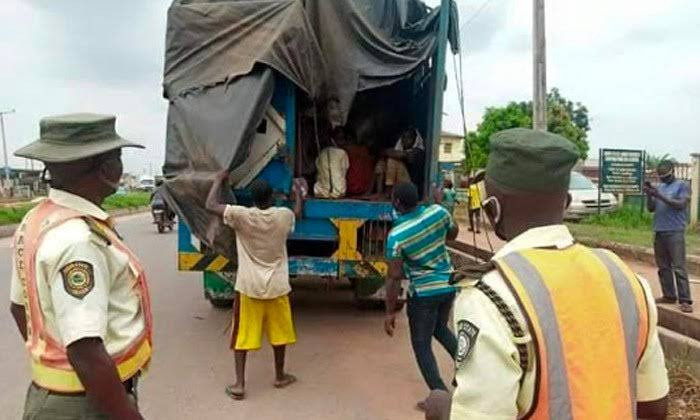 The Ogun State Traffic Compliance and Enforcement Agency (TRACE) says its operatives intercepted a truck loaded with about 30 Almajiris at Joju area of Ado-Odo/Ota local government area of the state. The IVECO truck with Registration number -Kano XG172 KNG, was meant to be carrying only goods and was covered with a tarpaulin. The content of the truck was discovered when operatives forced the driver to park and untie the tarpaulin. When he did, they found Almajiri’s loaded in the truck with pepper. The truck was said to have been turned back and led to the tollgate, the border area between Ogun state and Lagos state from where they said they came into the state.
Posted by AA
Email ThisBlogThis!Share to TwitterShare to FacebookShare to Pinterest
Labels: newsy
Newer Post Older Post Home